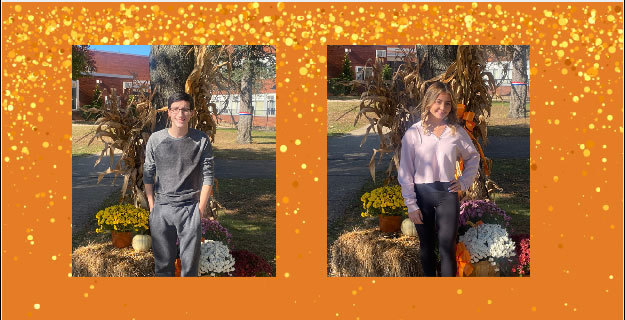 H. Frank Carey’s Valedictorian and Salutatorian Chosen for Class of ‘22

H. Frank Carey High School has named Devin Casano and Emily Lavin as the valedictorian and salutatorian, respectively, of the Class of 2022.

Devin is regarded at Carey as the epitome of a true academic and a role model. He has been inducted into the English, Science, Social Studies, Math, Foreign Language and National honor societies. His performance on the AP exams earned him the title of AP Scholar with Distinction. Along with excelling in the classroom, Devin is an active member of the school community. He is vice president of the National Honor Society and a member of the Future Business Leaders of America. He also participated on the Sewanhaka Central High School District’s Student Community Conversation Committee. Outside of school, Devin is a fire explorer and has recently earned the title of lieutenant due to his commitment to the Franklin Square and Munson Fire Department. He was also a participant in the Nassau County District Attorney’s Student Advisory Council and in Senator Kaplan’s Youth Advisory Board.

Emily is known at Carey for her tremendous character and for demonstrating leadership qualities. She has been named an AP Scholar with Distinction after earning a score of 5 on seven out of eight AP exams. She also earned a silver medal for her performance on the AATI National Italian Exam. An active member of the Carey community, Emily has served as the vice president of National Honor Society, a cofounder and treasurer of Girls for Girls Club, editor for the Yearbook, staff writer for the Carey Clipper, a player on the varsity lacrosse team, a member of Think Pink, and a member of the Class of 2022 Board. Additionally, she has been inducted into departmental honor societies for Social Studies, Science, World Language, English and Math. Emily has also been a co-captain for Relay for Life and a cheerleading coach for the Franklin Square Warriors.