Elmont Memorial High School has named Vivian Zhu and Malik Hyman as the valedictorian and salutatorian, respectively, of the Class of 2022.

Vivian is lauded as an outstanding student who recognizes the importance of strong work ethic, persistence and intellectual integrity. This year, she was named an AP Scholar with Distinction and a Commended Student in the National Merit Scholarship Program due to her impressive test scores. As an active member in her school community, she dedicates her time to Key Club, Class of 2022 Club and National Honor Society. She is also part of the school’s Science Research program, mentoring younger students on STEM topics and running a weekly science segment on the school’s daily announcement broadcast to produce and distribute scientific knowledge. Outside of school, Vivian has volunteered at local food pantries, tutored numerous students at Elmont and works at her parents’ restaurant.

Malik’s academic curiosity and work ethic are praised by those who know him at Elmont Memorial. His academic achievements are apparent, as he has completed seven Advanced Placement classes and his test performance led him to being designated as an AP Scholar with Distinction. Along with being enrolled in AP classes, he is in the upper-level Anatomy and Physiology class. Malik has been an active participant in Science Research and is currently in his fourth year of the program. Through the program, he has studied various health-related topics while doing extensive work on cancer research. He has an interest in working in the medical field one day. 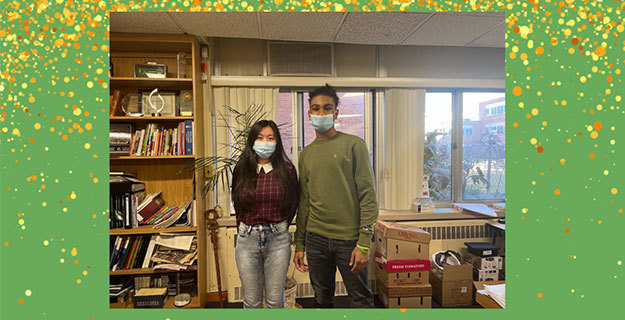